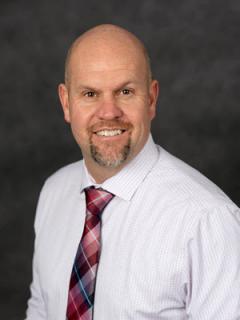 Mr. Smith was formerly the assistant principal at Brookfield Elementary School where he has been a leader since 2016. Prior to his leadership role at Brookfield ES, he served as an assistant principal at Lanier Middle School from 2011-2016.  Mr. Smith was a Social Studies Teacher/Department Chair and a member of the School Improvement Plan committee at Centreville High School from 2008-2011.  During this time, he also taught US/VA government and VA/US history for the FCPS on-line campus during the summer school session.  From 2001-2008 Mr. Smith was a Social Studies teacher and Assistant Varsity Baseball coach at Herndon High School. Prior to joining Fairfax County Public Schools, Mr. Smith spent three years at Thomas G. Pullen Creative and Performing Arts Academy in Prince George’s County Public Schools as a Social Studies teacher/Department Chair.  From 1998-1999 he taught Science at Buck Lodge Middle School in Prince George’s County Public Schools.

Mr. Smith brings an array of experience to the position.  He is a student-centered instructional leader who believes in the importance of building positive relationships and collaborating with all stakeholders, to ensure student success. As a school leader, Mr. Smith has actively sought opportunities to improve professional development for his teachers.  He helped ensure that staff at Brookfield ES were prepared for the FCPSOn initiative and that the focus was on developing FCPS Portrait of a Graduate skills for all students.  He helped implement several programs in his buildings over the years (such as Restorative Justice practices) which led to a decrease in out-of-school suspension rates.  He supported the first-ever depression and suicide screen (Signs of Suicide) for all 7th graders at Lanier MS.  Mr. Smith has proven to be an effective communicator, and he is eager to deepen his relationships with all stakeholders as he serves the Daniels Run community in his new role.

Mr. Smith holds a Bachelor of Arts degree in Secondary Education from the University of Maryland, College Park, and a Masters of Education in Educational Leadership from George Mason University. 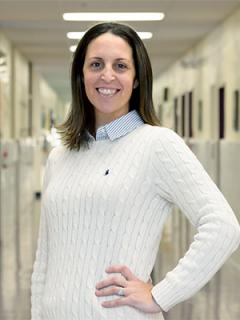 Mrs. Hein grew up on the North Shore of Long Island, completing her teaching degree at St. Joseph’s College, and Masters Degree at NYU. She began her educational career in New York City Public Schools in 2005. After living in NYC for a few years, she moved down to Virginia to continue teaching in FCPS. She completed her Leadership endorsement at George Mason University and served as an Assistant Principal at Riverside ES (2013). Mrs. Hein is a mother of twin girls, and two big dogs. In her free time, she loves spending time outdoors with her family, horseback riding, and running. 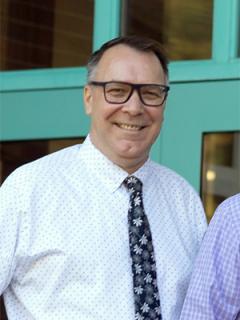 Mr. Parker is thrilled to be joining the Daniels Run Elementary School family. He comes from the FCPS Department of Human Resources. Prior to his position in HR, he served as a resource teacher on the Professional Growth and Development Team that was responsible for implementing the current teacher evaluation program. Mr. Parker had a distinguished teaching career for 14 years before joining human resources. He has taught children in grades 3 through 6 and served the needs of all students at Sunrise Valley Elementary School and Timber Lane Elementary School as well as North Graham Elementary School in North Carolina. He also served as an interim assistant principal at Daniels Run Elementary, Newington Forest Elementary, and Olde Creek Elementary School. Mr. Parker earned his bachelor’s degree in Elementary Education and a minor in African American Studies from The College of Saint Rose, his master’s in Instructional Design from Western Governor’s University, and his administrative endorsement through the FCPS/UVA Accelerated Certification Cohort.